Check out our calendar for ways to stay connected to your TogetheRide community no matter where you are!

If you missed a broadcast, click here to watch our recordings.

TogetheRide Presents: Nothing Without Us: The Women Who Will End AIDS 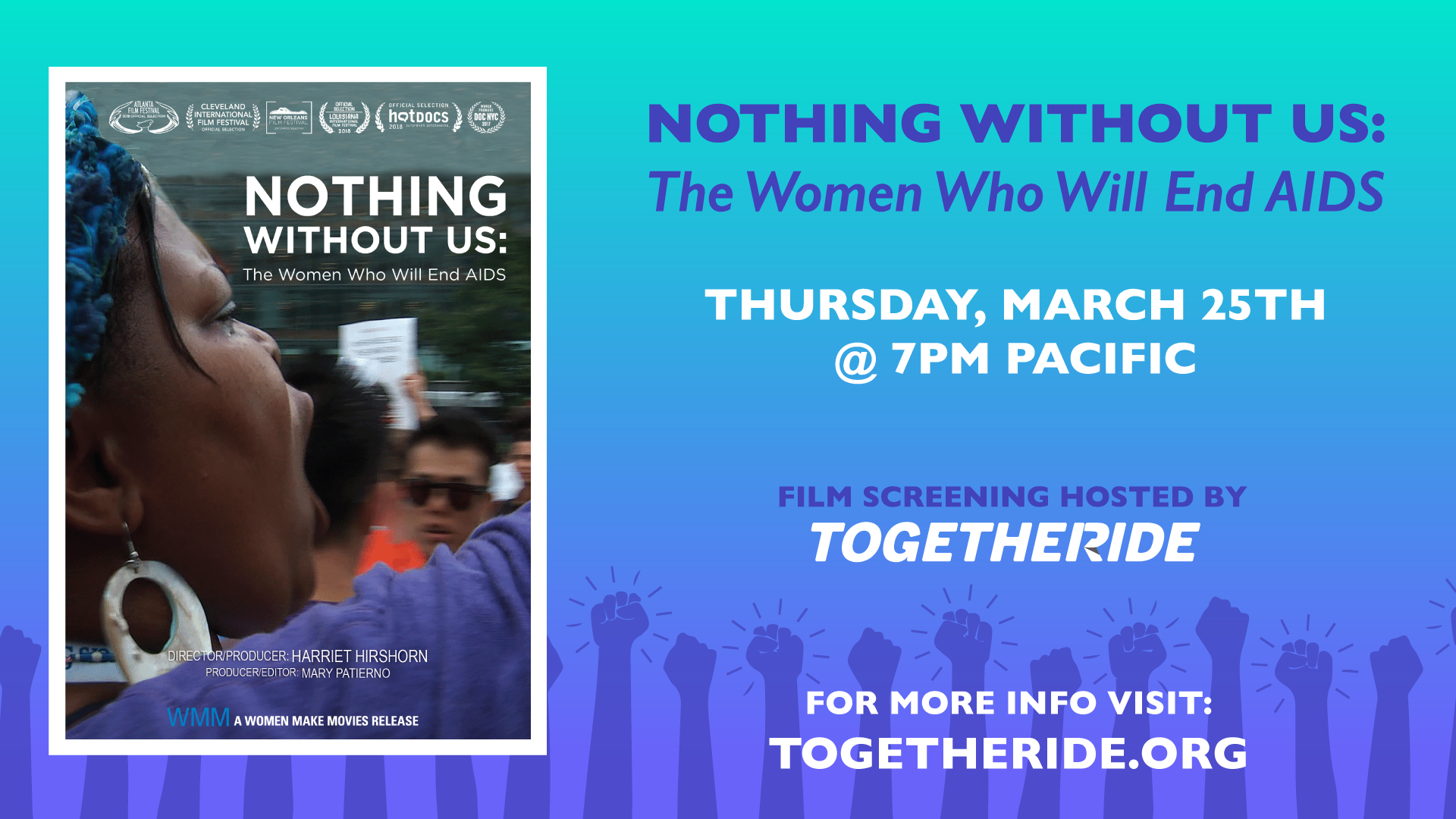 TogetherRide is screening Nothing Without Us: The Women Who Will End AIDS

This documentary film tells the inspiring story of the vital role women have played in the global fight against HIV/AIDS. Stories told by HIV-positive women on two continents who have spent 30 years fighting for treatment, survival, and speaking up for the silenced voices of women. Reignite the drive and purpose of fundraising for HIV/AIDS services with the passion seen on screen.

The evening begins with a brief interview of film director Harriet Hirshorn. Hirshorn has directed and produced several documentaries about the struggle for human rights, and has been closely following HIV/AIDS activism in Africa for many years.

Have questions about events? Send us a message at info@togetheride.org – we’d love to hear from you!